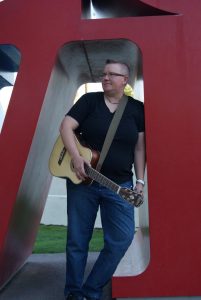 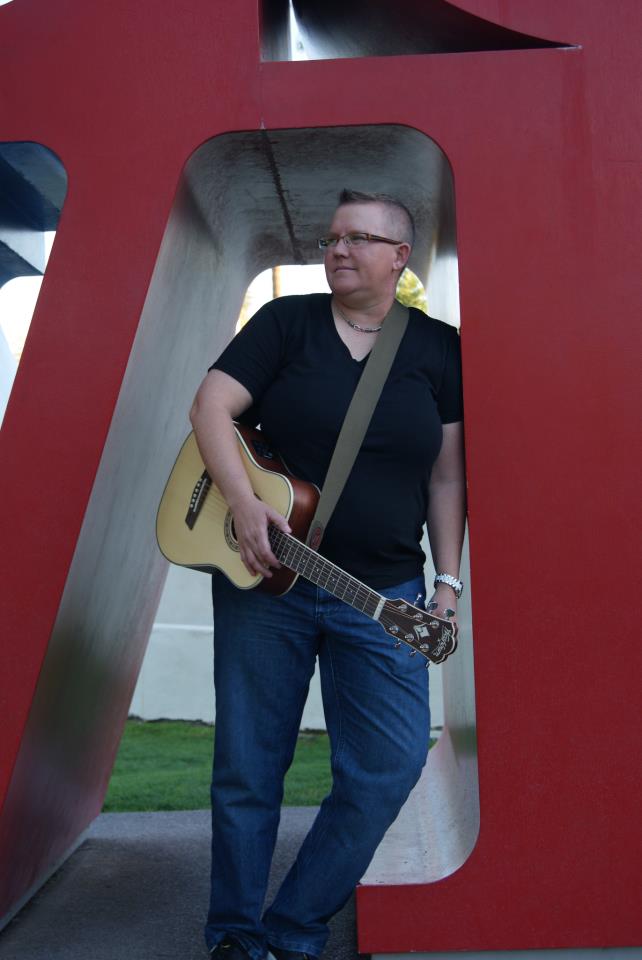 Becky has been playing music since the moment she was able to hold wooden spoons and bang on pots and pans. She started playing drums at the age of 10 and has continued to play for over 30 years. She plays everything from drum kit to percussion and then some. Rhythms, Beats or just the blood pumping through her vanes keeps her going even when she is unable to play for that day.
She started playing guitar in High School but didn’t get serious about guitar until the late 90’s. When she turned 30 she started playing more and more . That was the time when she found her voice and started writing songs. Becky has played in many bands, playing drums mostly, during the years. From local bands such as the Acrylics (PHX), Lives of the Monster Dogs ( Atlanta GA). Along with playing guitar and singing solo as well as in Two Girls, a duo group with her friend Susan Kelly. Most recently playing drums and backup vocals for Teneia Sanders , Blaine Long and Haven James. Becky is also a singer/songwriter with several original recordings and has been nominated for a Bucky Award (as outstanding musician in Prescott) for the last 2 years. She performs at venues here in Prescott and through out Arizona. She is a part of Chicks with Picks another organization in Arizona that helps female musicians with scheduling gigs along with showing them the ins and outs of the music industry. Becky has preformed at many Chicks with Picks shows as well as their annual Chickstock Show. Becky has opened up for Lucinda Williams ( playing drums for Teneia Sanders, Chickstock 2012), Amy LaVere ( with Haven James), Holly Near ( with Two Girls) and Sarah Bettens ( Solo -Pride in the Pines).

Becky has continued to learn more and more about songwriting, playing guitar, collaborating with other musicians and enjoying life doing the one thing that she loves, Playing music and bringing joy to those who she plays for.

Becky started a monthly show in her home town Prescott AZ, featuring women artist and giving them a place to share their music and art with everyone. Her friends Have coined this show “BeckyFest” . “BeckyFest” was started in 2011 on September 11th and has been going strong ever since. In September of 2012 she celebrated BeckyFest’s 1year Anniversary by having a show to help her fellow Musical sister, Llory McDonald, in her fight against Breast Cancer. This is one way of helping not only her musical sisters but to help the women in her community.